Though Josh, Jenny and Brett are all famous in their own rights, it’s not their celebrity status that creates the center of this weird ven diagram. They have each known that feeling of being in the doghouse when they are about to tell their spouses that their wedding rings were gone.

How does a dynamic trio of celebs accidentally misplace their bling? Maybe one of these is familiar if you’ve lost yours. 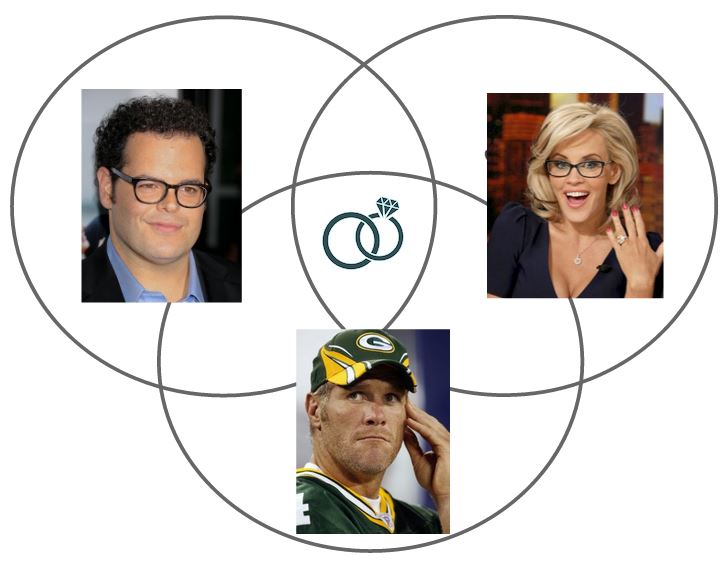 Josh Loses His Ring On Set

The irony of this isn’t lost on anyone. While flming the move The Wedding Ringer, Josh Gad lost his ring on set and never found it. According to his recent interview in People, he’s “still not living that one down.” Here’s hoping his wife is forgiving and likes the look of the prop ring he’s been wearing in its place! 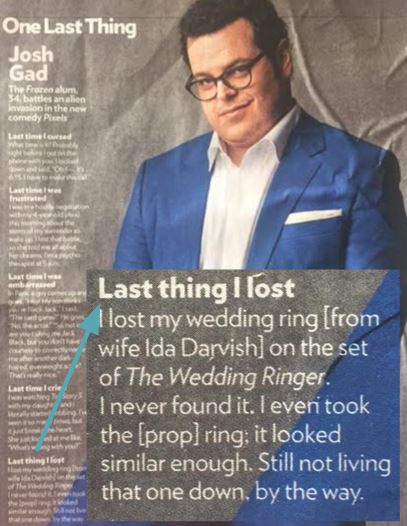 Jenny’s Ring Disappears While Getting Frisky

Not all of us have rings so large that they get in the way when we are getting romantic, but apparently Donny Wahlberg bestowed one of those rocks on Jenny. They were getting frisky at their hotel and put the ring on the nightstand and that’s the last they ever saw of it. Good news is that the funny lady and her new hubby were able to laugh it off and afford some new bling - hope they are more careful this time!

The MVP is retired and enjoying a relaxed life including quite a bit of beach volleyball. Sandy sports come with risks as the married dad lost his wedding band last summer at the beach. Athletics are one of the most common ways that 4 in 10 men lose their rings - super stars included.

If these three had RingSafe in common, they might not have had to have that awkward conversation. Here’s hoping we get a chance to keep them and you out of the doghouse and give you something else to have in common.